Please refer to an RM Sotheby’s representative for a recent video of the engine running.

This fascinating special is what some hot rod historians dub a “sport custom,” a more luxurious hot rod often based around higher-end drivetrain components. Believed to have been constructed on the West Coast during the late 1940s or early 1950s, it comprises a circa 1929 Stutz chassis, shortened to a 107-inch wheelbase, with Stutz’s standard Lockheed hydraulic brakes and 1929 Stutz wire wheels. Under the hood is a genuine 1932 Stutz DV32 inline eight-cylinder engine, one of the finest and most potent Classic Era motors, sending its power through a three-speed Warner transmission with free-wheeling to the two-speed rear axle from an Auburn Twelve.

The sleek bodywork was hand-built of steel around what appears to be a 1928-1930 Auburn speedster cowl and windshield, with a genuine Duesenberg Model J hood, a modified radiator from a 1933 V-16 Cadillac, and 1934 LaSalle front fenders. The dashboard and instruments came from an earlier 1930-1931 Cadillac V-16, with instrumentation set into the engine-turned aluminum panels, and together with the Stutz-badged banjo steering wheel faces a pair of molded bucket seats with the remnants of their foam rubber and leather cushions. Finishing touches are Marchal headlamps and 1937 Lincoln-Zephyr taillights.

The car was acquired in 1960 by Richard Greenwood of Hermosa Beach, California, and was reportedly last used on the road in 1969, though its California black plates were last renewed in 1987. In any case it remained tucked away, hidden from sight and largely forgotten, until the early 21st Century. Dennis Mitosinka, a longtime Stutz enthusiast, then acquired it for his collection in 2010. Today it is offered very much “as found,” and is accompanied by a selection of spare parts that had been stored in the car over the years.

While it is doubtful that anyone today would build a "special" out of such priceless bits and pieces, the temptation to keep this beast together is real – it would be astonishing to see, restored and road-ready, charging down the highway, showing off the best engineering and styling cues from several Classic Era marques in one rakish creation. 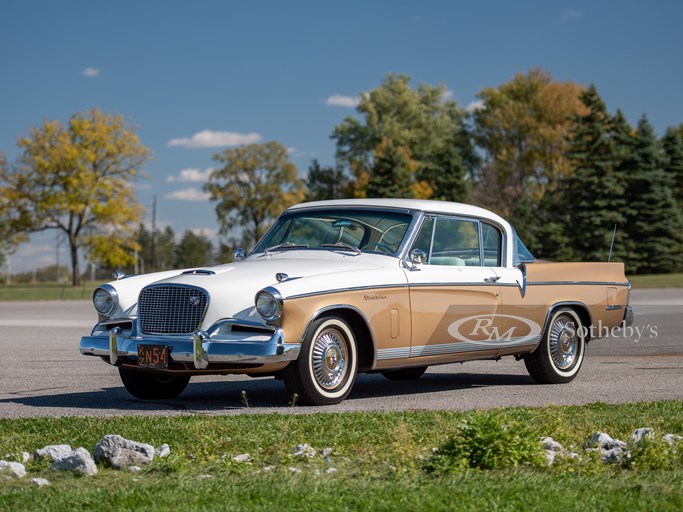